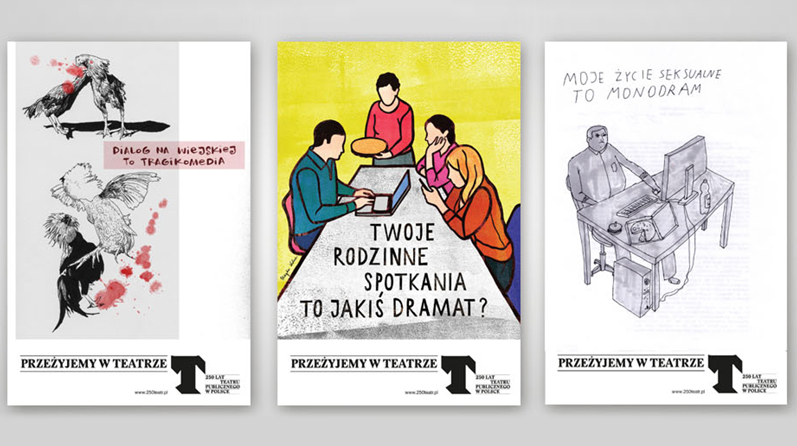 We will survive in the theatre

Once again, Lowe Warsaw created campaign for Theatre Institute. This time the campaign is released on the occasion of the 250th anniversary of public theatre in Poland. The best Polish graphic designers have been involved in the project – Jakub Woynarowski,   Janek Koza, Przemek Truściński, Magda Wolna, Andrzej Wieteszka, Mikołaj Małek and Rafał Szczepaniak. The campaign is based on the idea ‘‘We will survive in the theatre” which is supposed to emphasise the importance of theatre within the history of Polish culture, and the uniqueness of experiences which theatre brings about.